December 2: International Day for the Abolition of Slavery 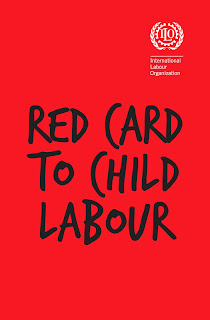 If you were to see someone holding up a sign or placing a banner on their website that said End Slavery Now, you may think they are stuck in a tragic point in time when Africans were stolen from the Motherland and brought to the New World. Slavery however, has existed among all cultures, since before history was recorded with the written word. And tragically, it still exists today, right under our noses.

Hoodoo and Conjure's Hoodoo Almanac doesn't only include items related to folk magic and esotericism. We also acknowledge major holidays that are not as widely celebrated as Labor Day and Thanksgiving; yet, they are equally as important, if not more so. With just a few minutes of your time - literally with a tweet or a selfie - you can make a difference in the lives of millions of people.

December 2 marks the date of the of the United Nations Convention for the Suppression of the Traffic in Persons and of the Exploitation of the Prostitution of Others (resolution 317(IV) of 2 December 1949). Called the International Day for the Abolition of Slavery, this day focuses on elimination of contemporary forms slavery such as sex trafficking, child labor, the recruitment of children for use in armed conflict and forced marriage (United Nations, 2013). Debt slavery, every American's nightmare, is the most common form of slavery in Southeast Asia. There, women and children are forced to pay off debts by being trafficked in the sex industry. These are but a few examples of slavery that are found in modern day society around the world.


Over 21 million children, women and men are victims of slavery worldwide. As more people become aware of this, more people are becoming outraged at the laws that are broken, as well as the laws that allow for the enslavement of others. To increase exposure to this inhumanity, The International Labour Organization (ILO)  has partnered with famous folks, such as artists, musicians and athletes in its new campaign to End Slavery Now. Some of the actors who support the campaign include Cher, Susan Sarandon, Tim Roth, Wagner Moura, Jon Tenney, Olivia Wilde, Jason Sudeikis and Rob Morrow.

How you Can make a Difference


It is important to get the word out and with today's social networking platforms this is easier than ever and can make a world of difference.

For more information, check out these websites:


Remember, you CAN make a difference. Now pick up that cell phone and tweet #EndSlaveryNow.

Reference
United Nations (2013). International Day for the Abolition of Slavery 2 Dec. Retrieved Dec 2 from http://www.un.org/en/events/slaveryabolitionday/
Posted by Denise Alvarado at 11:38 AM No comments: